Conventional wisdom holds that the aging of the United States population means more business for physician practices. The reality has been found to be a bit more complicated.

By 2050, the U.S. will have four times as many people over age 90—and three times as many age 80—as it had in 2010. According to the Congressional Budget Office, the aging of America’s population will be the primary driver of spending growth among the country’s major healthcare programs, but it will not necessarily result in more office visits.

How is this possible? As many internists and geriatricians in private practice have noted anecdotally, their oldest patients spend more on healthcare, but not necessarily on outpatient services.

A recent report by the Kaiser Family Foundation provides a national perspective on this trend. This report found that patients (and their insurers) spend more on healthcare as patients age. After a point, however, the dollars stop flowing to physician practices.

Clearly, healthcare spending is redirected as patients age, and it stops rising among the oldest patients. Per capita spending by traditional Medicare peaks at age 96 and then declines. This finding was irrespective of whether the high costs associated with end of life care were included in the calculation.

Notably, the per capita spending for those who died during 2011, the year studied, was more than twice as high for beneficiaries aged 70 years ($43,000) than for centenarians ($20,000). Overall, however, the spending gap widened with age, with Medicare spending three times as much per capita on 95 year olds than those age 66. 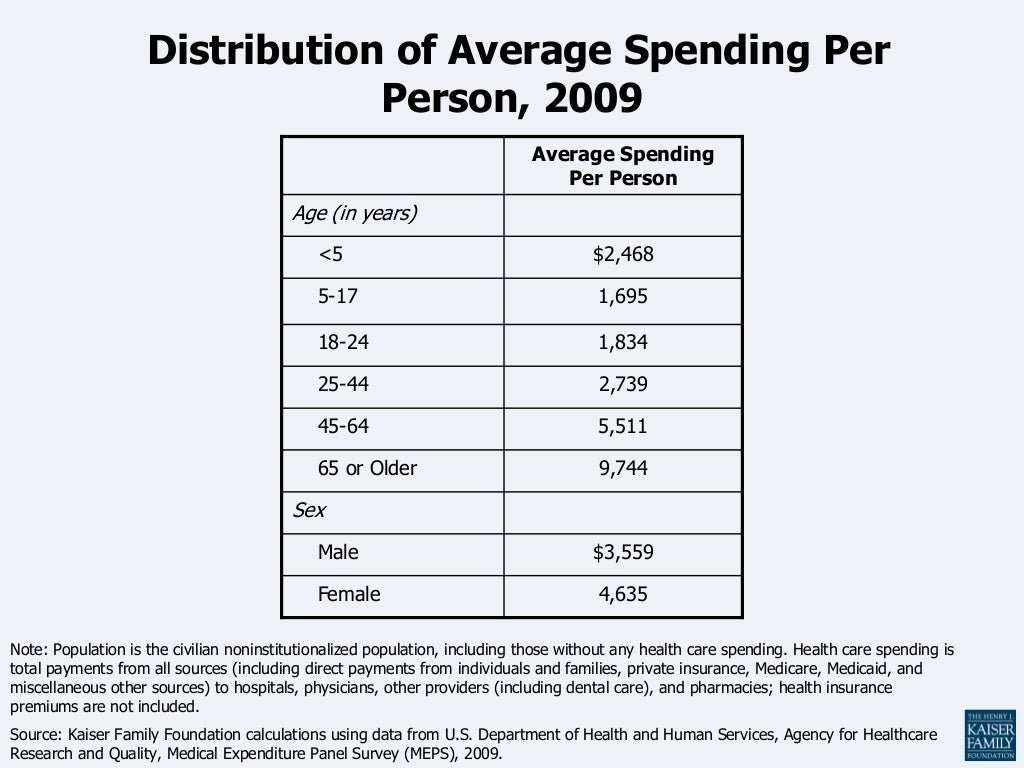 Video: Contracts in Your Medical Practice